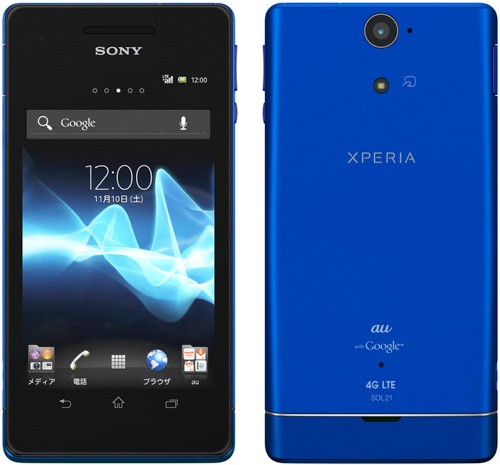 We were intrigued by Sony’s Xperia V back at IFA, but deals with specific carriers haven’t been very forthcoming. Japan’s KDDI is covering that gap by pledging to carry Sony’s mid-size Android 4.0 phone as the Xperia VL. Everything we know and (mostly) love about the dust- and water-resistant phone is intact, including that thin sensor-on-lens 720p display, the 13-megapixel camera, the 1.5GHz Snapdragon S4, NFC and LTE-based 4G. The one question remaining is a definitive release date: Sony will only promise an Xperia VL launch before the end of the year, although there’s talk at Impress Watch of a release on November 2nd for ¥30,000 ($381) after carrier discounts. Let’s hope for the company’s sake that other carriers sign up for the V and VL sooner rather than later.

Sony Xperia VL brings dash of toughened-up LTE to Japan originally appeared on Engadget on Wed, 17 Oct 2012 10:50:00 EDT. Please see our terms for use of feeds.