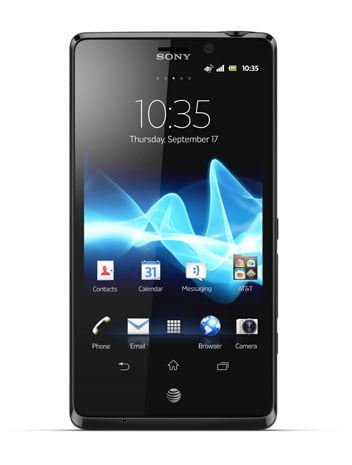 Strange, but true: it seems James Bond is an Android man and the Xperia TL, his phone of choice. Well, at least that’s the marketing tie-in made possible by Sony’s corporate synergy. Regardless, the company’s latest smartphone flagship has found a new stateside home on AT&T’s 4G LTE network. The 4.6-inch device, unveiled at IFA 2012, reps a 720p HD Reality display powered by Mobile BRAVIA Engine, 13-megapixel rear module capable of “sleep to snap” fast capture and runs a skinned build of Ice Cream Sandwich atop a dual-core 1.5GHz S4 CPU. It also comes loaded up with three of the Japanese outfit’s media apps — Walkman, Movies and Album — a bevy of exclusive content (e.g. ringtones, wallpaper, etc.) from the next Bond film, Skyfall, and packs one SmartTag in the box for use with the handset’s NFC chip. There’s no official word on when this black beauty’s set to hit retail shelves — or pricing, for that matter. But if the imminent arrival of its galactic stablemates is any indication, expect to see it in “the coming weeks.” Official PR after the break.