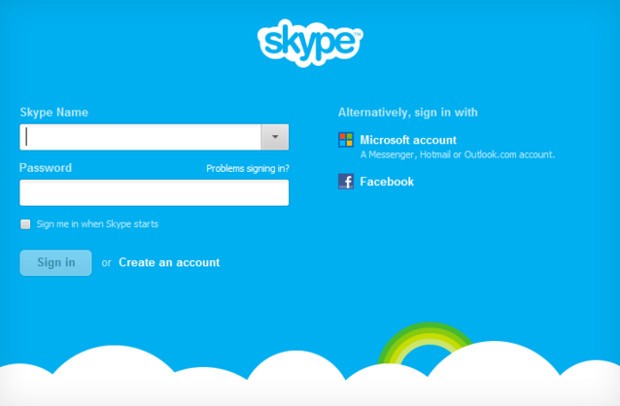 You’re probably saying to yourself, “didn’t Skype just get a Windows 8-friendly refresh?” Why yes, yes it did. But Skype 6.0 here isn’t limited to Windows RT slates, instead it’s designed for more traditional Windows systems and even has a similarly numbered OS X counter part. There’s a number of notable changes here, including the ability to sign in directly with your Facebook or Microsoft account. (If you’ve got a Live Messenger, Hotmail or Outlook.com account, then you’ve got a Microsoft account.) The most visible changes, however, will be the “flattened” Don’t-call-it-Metro-friendly UI on Windows and the addition of Retina display support on OS X. There’s a few other minor changes, including some additional localizations, which you can read about at the source. And heck, since you’re already there, might as well download Skype too.

Skype 6.0 lands with Microsoft and Facebook account integration, Retina support originally appeared on Engadget on Wed, 24 Oct 2012 19:18:00 EDT. Please see our terms for use of feeds.