Monetization makes you do crazy things, and none perhaps so crazy as Facebook encouraging users to promote their own lives so as to make them stand out among their friends. The promoted posts trials allowing individuals to highlight particular updates for a fee is one of the odder transitions from business Facebook use to personal users; meanwhile, founder Mark Zuckerberg tells BusinessWeek he’s “optimistic” about mobile monetization, but falls short of actually outlining Facebook’s plans to squeeze cash out of the 600m mobile users. 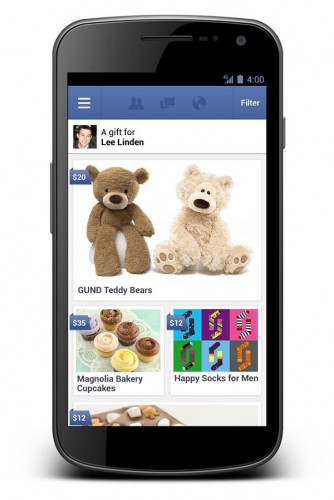 Asked about where the next big jump in user figures will come from, Zuckerberg highlights mobile for its massive growth. “The big thing is obviously going to be mobile. There are 5 billion people in the world who have phones, and a billion people using Facebook” the social CEO said. “There are actually already 600 million people using Facebook on phones, so that’s growing really quickly. And as more phones become smartphones, it’s just this massive opportunity.”

Exactly how Facebook plans to take advantage of that opportunity, however, is unclear. It’s not a new problem, either; worried whispers around Facebook’s mobile users not pulling their weight in terms of site income were circulating prior to the company’s IPO, and Zuckerberg himself fingered the gap in strategy in interviews last week.

“There are a lot of different bets that we’re making. A lot of it over the next few years is going to come down to mobile. There is this funnel that I think is pretty clear and in our favor, which is there are going to be more people using mobile devices. There are already 5 billion so that’s where the user growth is going to come from. We already know that people who use Facebook on mobile use it more, spend more time on it” Mark Zuckerberg

One possible area of development could be the overlap between commerce and mobile use. Research has already shown the growth of mobile devices among users comparing purchases, even if they still often return to their desktop in order to complete the transaction. Zuckerberg hints that there’s potential in “what services can get built now that every company can assume they can get access to knowing who everyone’s friends are” and predicts “there’s about to be a big push in commerce,” perhaps a lucrative one if Facebook can leverage its mobile users and take a cut from any shopping virtual spree they go on.

“Over the long term I also think we’re going to make more money per amount of time that people are spending on mobile, because it has this focus as a device. It’s more like TV, where you’re doing one thing at a time” Zuckerberg concludes. “The advertising and monetizing has to be integrated in, whereas on desktop we kind of reached this equilibrium where there’s the content and then the ads off to the side of it. So I’m really optimistic about that.”

The first step toward such integration is Facebook Gifts, allowing users to buy their friends real-world gifts even if they don’t know their address, clothes size, or other personal preferences.