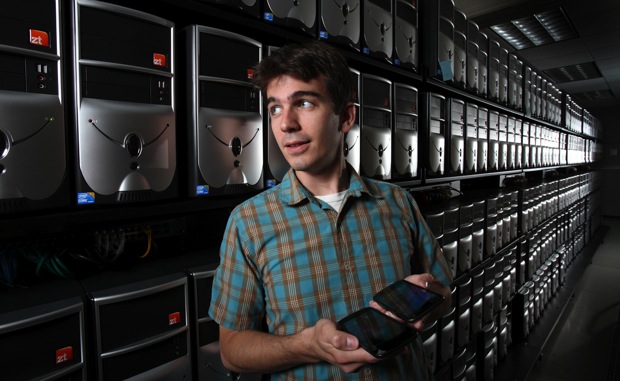 We’ve seen some large-scale simulations, including some that couldn’t get larger. Simulated cellular networks are still a rare breed, however, which makes Sandia National Laboratories’ MegaDroid project all the more important. The project’s cluster of off-the-shelf PCs emulates a town of 300,000 Android phones down to their cellular and GPS behavior, all with the aim of tracing the wider effects of natural disasters, hacking attempts and even simple software bugs. Researchers imagine the eventually public tool set being useful not just for app developers, but for the military and mesh network developers — the kind who’d need to know how their on-the-field networks are running even when local authorities try to shut them down. MegaDroid is still very much an in-progress effort, although Sandia Labs isn’t limiting its scope to Android and can see its work as relevant to iOS or any other platform where a ripple in the network can lead to a tidal wave of problems.