Earlier this morning, Samsung announced a slew of Windows 8 PCs and tablets, including the Series 5 Ultra Touch Ultrabook, a line of ATIV Smart PCs, and few Series Premium Ultrabooks. All of these devices will be released on October 26th — the day that Windows 8 is officially launching. And now, they’re available for pre-order. 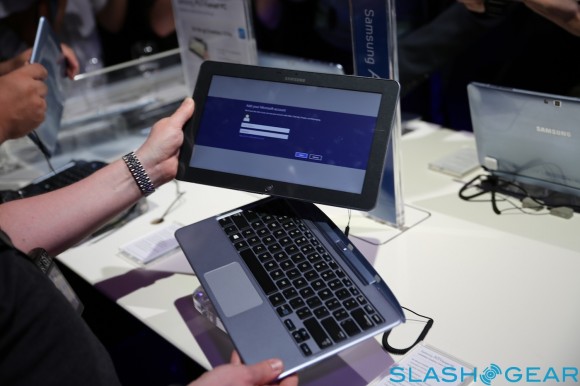 Samsung’s also announced several Premium Ultrabooks ranging in different sizes and speeds. The company’s Series 9 Ultrabook will start at $1,300 for the 13-inch model, and the 15-inch model wil be just a $100 more. The Series 7 15-inch Ultrabook is priced at $1,100, while the Series 5 13-inch Ultra Touch will start at $810 for a Core i3 processor.

Samsung Windows 8 pre-orders start with wave of new-age PCs and tablets is written by SlashGear.
© 2005 – 2012, SlashGear. All right reserved.