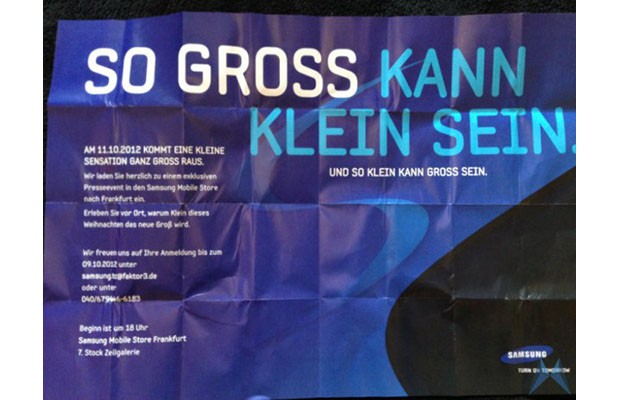 Samsung has issued an invitation for a press event to launch something, and it’s hard not to connect the dots with the tantalizing clues it’s given — though skepticism always reigns in the absence of fact. The large ‘S’ logo in the middle of the page is the first hint that it’s likely to be some kind Galaxy S-class smartphone. The tagline offers the next clue: “Prepare for something small to make a big entrance,” and elsewhere, “Ready for a little sensation?” Considering that the rumor mill has already churned out the idea of a Galaxy S III Mini — as some don’t cotton to the pocket-unfriendly 4.8-inch screen of the current model — it’s tempting to conclude a smaller version will be launched. However, we could also be looking at the Galaxy Ace 3, so don’t forget to keep your expectations in check.