HomeNewsSamsung Series 3 Chromebook gets Ubuntu hack via Google itself
News

Samsung Series 3 Chromebook gets Ubuntu hack via Google itself

It would appear that the folks at Google – or at least one of their ranks – wants to prove the versatility of the hardware behind the newest Chromebook on the market with a port of Ubuntu as an operating system. We’ve reviewed the Samsung Series 3 Chromebook in full and can say with some confidence that it’d be amazing to have more options than just Chrome as an OS, especially given the undeniably low price point of the unit at $249 USD. The process has already begun with Google’s Olof Johansson, right on down on the case – with a dirty port going strong here right as the Chromebook is arriving in mailboxes! 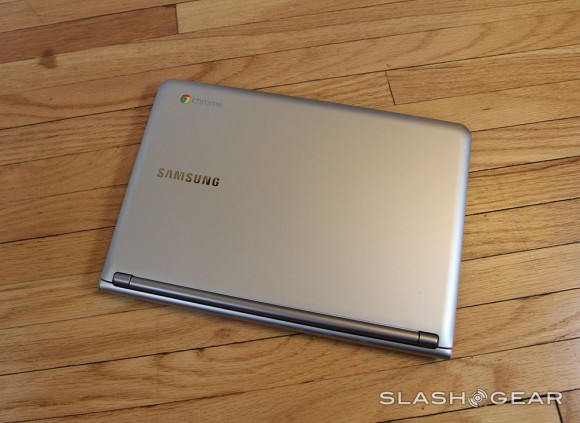 What Johannson has shown thus far is that he’s been able to do a “messy” dump of Ubuntu to his ARM-based Chromebook thus far, starting with putting the device in devmode. For those of you that wish to enter devmode, you can do it via instructions provided by The Chromium Projects – but KNOW THIS: you could seriously mess up your device if you do anything wrong inside this very fragile state. This mode is made for developers (and hackers) only, not the general public, and Google will most certainly not be apt to give you a new unit if you bust yours up from the inside out.

Johansson moved forward with a tarball Ubuntu filesystem he created himself with the “rootstock” tool – this available in a Ubuntu-distributed Ubuntu-core tarball if you like as well. The process requires a full-sized SD-card (which you’ll be popping in to the device in its handy-dandy full-sized SD card slot), and a few code tappings along the way. Of course it’s much more complicated than that, and you’ll want to check the full instructions over on the Google+ post that Johansson made just last night to make it all work.

It would appear that Johansson is essentially done with his part of the work here, pushing others to continue on at this point. If you’re a lover of the Ubuntu universe or just straight up want to get some other sort of operating system working on your Chromebook, let us know! We’ll be following this hacking project as long as there’s interest, folks!

Samsung Series 3 Chromebook gets Ubuntu hack via Google itself is written by SlashGear.
© 2005 – 2012, SlashGear. All right reserved.