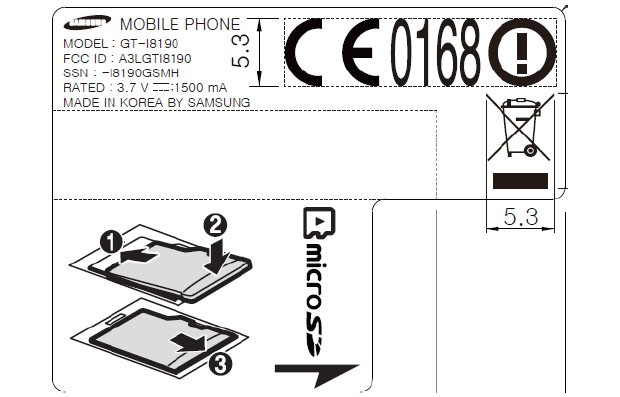 The Samsung Galaxy S III mini (aka the GT-i8190) may have a Napolean complex, carrying as it does the name of its bigger sibling while endowed with a garden-variety 4-inch, 800 x 480 screen and other downmarket specs. But that didn’t stop the inevitable FCC rendezvous, where its array of 802.11a/b/g/n WiFi, GPS, GLONASS, FM, Bluetooth 4.0 (LE) and NFC radios were waved through (and lack of 4G confirmed). That means the new runt of the Galaxy litter should be free to travel to Europe soon for €439 retail — but there’s still no word on when smaller form-factor lovers stateside will be able to grab it.

Samsung Galaxy S III mini radios get probed by FCC originally appeared on Engadget on Fri, 26 Oct 2012 16:29:00 EDT. Please see our terms for use of feeds.