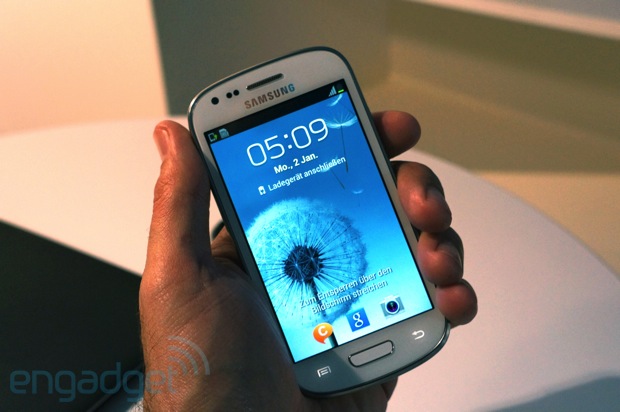 Samsung was shy about saying just what processor lurked inside the Galaxy S III mini, which only really told us that there wasn’t an Exynos inside. The chip’s creator isn’t content to leave the origins a secret, however: that’s an ST-Ericsson NovaThor ModAp sitting inside. The combo includes both the dual-core 1GHz processor and the cellular modem on the same chip die, helping Samsung fulfill the “mini” side of the equation while keeping the costs down. We’re certainly no strangers to the NovaThor line after experiencing it in Sony’s equally tiny Xperia P and Xperia U. Knowing what’s inside might not allay concerns that Samsung is straining to milk the Galaxy S III brand name for all it’s worth, but at least you’ll know what to expect for performance if you don’t go full-size.