We’ve heard a lot of chatter from Samsung about when they’re going to be bringing Android 4.1 Jelly Bean to their flagship Galaxy S III for US users to enjoy. The update has been slowly rolling out to various countries, including several in Europe, but now Samsung is telling us that the US will get Jelly Bean eventually, but still no final release date. 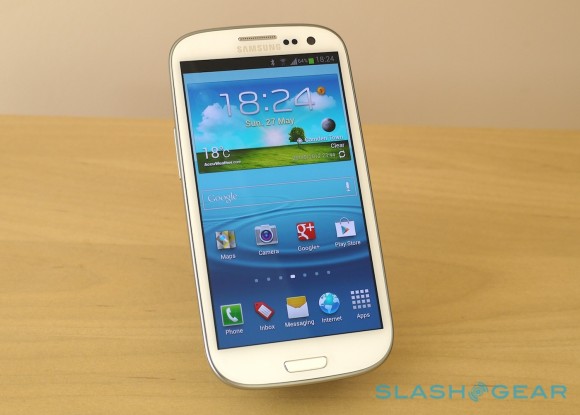 Samsung has put together a list on their support page that shows us which of their US smartphones are expected to receive the Android 4.1 Jelly Bean update. The Galaxy S III shows up under all of the major US carriers as “Coming Soon!”. If Samsung wanted us to become even more frustrated and impatient, they couldn’t have done a better job.

Whether “coming soon” means sometime this week or later in this month is still up for questioning. All we really know is that there’s a rumor saying the update will arrive at some point this month, and while that sounds like it’s just around the corner, it means we could be waiting a few weeks. Hopefully it’s sooner rather than later.

The Galaxy S III is arguably Samsung’s most popular phone of all time. It sold over 20 million units in its first three months of availability. The phone sports a 4.8-inch HD Super AMOLED display, and comes packing with a 1.5GHz Qualcomm Snapdragon S4 processor and 2GB of RAM. The device was initially released back in May and it still shows no signs of slowing down as we approach the holiday season.