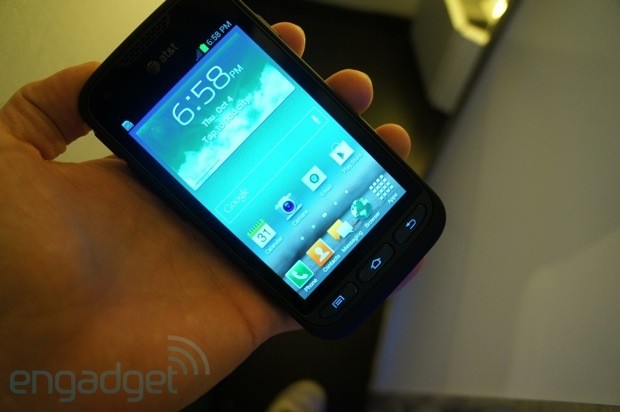 Fans of rugged Android phones, rejoice: you only have to wait until this Sunday to get the Samsung Galaxy Rugby Pro on AT&T. The carrier just announced that it’ll be making its way into stores on October 21st and will run you a whole $100 on a two-year commitment. It isn’t going to be the stellar top-end device many power users crave, as it features a 4-inch WVGA Super AMOLED display, 5MP rear-facing camera with 720p video recording, 8GB onboard storage, ICS, LTE, Enhanced Push-to-Talk, 810g military-spec certification and EAS corporate email support. It’s a definite upgrade from the Smart, no doubt, but we’re still pining for the day that rugged phones can have the best components and bounce off a concrete floor without incident.