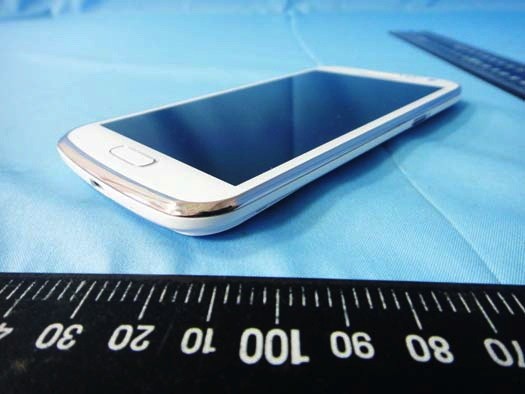 The Galaxy Premier has so far existed only on the fringes; we’ve seen unconfirmed benchmarks, model name mentions and press renders, but virtually nothing tangible. Taiwan’s NCC regulatory body has made Samsung’s phone much more corporeal with several photos of the device under its GT-i9260 badge. While the live look only confirms 3G and short-range wireless on the outside, it proves that there’s very little of that claimed Galaxy Nexus DNA left on the outside — other than the possible 4.65-inch screen, the Premier has fallen completely in line with the Galaxy S III’s design language. It’s safe to presume that we won’t be using stock Android on this handset, then. We’re just left waiting on Samsung for confirmation of the mid-range smartphone’s details and exactly when we can give it a try.

Samsung Galaxy Premier shows at Taiwan regulator, carries few traces of its Nexus roots originally appeared on Engadget on Fri, 26 Oct 2012 11:47:00 EDT. Please see our terms for use of feeds.