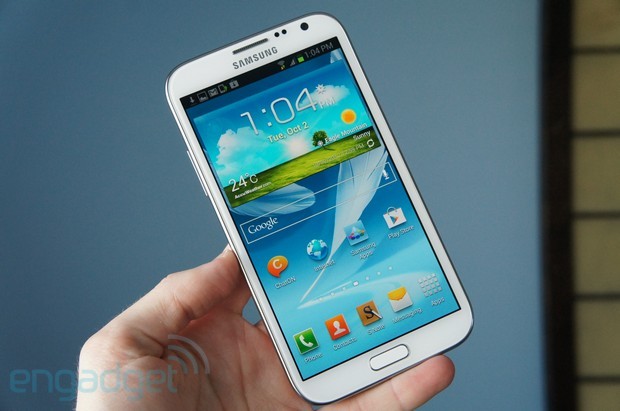 Samsung’s first crack at a smartphone larger than five inches came last year in the form of the Galaxy Note. It was wildly different than most phones we’d seen before: it was massive, for one, and involved the use of a stylus pen, a sorely outdated concept at the time. Who would be willing to buy this thing? Yet, despite its enormous size, this tablet / phone (forgive us: phablet) captured more hearts and wallets than even Sammy had probably expected. The S Pen showed that it was more than just a simple stylus, artists and tech enthusiasts alike loved it and a successful marketing campaign helped push millions of units. The Note was an undeniable hit.

Did Samsung realize at the time that it was sitting on a gold mine? It’s hard to know for sure, but its success meant only one thing: an inevitable sequel. The Galaxy Note II, introduced a year after its parent, has some big shoes to fill. We believe it’s up to the task, though: it boasts a quad-core Exynos processor, twice the RAM, an even larger display and a whole new bag of S Pen tricks. It sounds compelling, but does the new version truly trump the old? Is it worth another sound investment (pricing varies, but it starts around £530 for a SIM-free version) just a year down the road? We’ll satisfy your curiosity after the break.