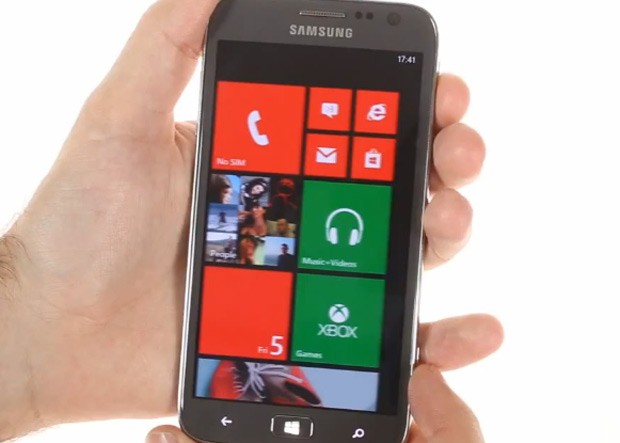 Why does the ATIV S feel so elusive? It’s not that we don’t know its basic specs — it’s a 4.8-inch phone that brings some much-needed GS III technical glory to Microsoft’s OS — but it’s just never cropped up at the events where we’ve expected to see it. Fortunately, GSMArena was able to get hold of a handset and give it some early hands-on video treatment. At first glance it’s probably just what you’d predict: a familiar plastic and Gorilla Glass 2 build with a faux aluminum rear cover that peels off to reveal some micro SD joyousness and a big 2,300mAh battery. But it’s the software that really stands out — those re-sizable live tiles look incredible at this screen size and on such a bold Super AMOLED display, as does the whole aesthetic of the operating system. Check it out for yourself after the break — it’s like that first Titan buzz all over again.

Update: It seems GSMArena published too early, since they have now pulled the video. If you didn’t catch it in time — apologies! Elusive was right.

Samsung ATIV S Windows Phone shows off acres and acres of live tiles in video (update: pulled) originally appeared on Engadget on Tue, 09 Oct 2012 05:25:00 EDT. Please see our terms for use of feeds.