HomeNewsRovio and CERN teaming up on education: hopefully the Angry Birds help...
News

Rovio and CERN teaming up on education: hopefully the Angry Birds help us this time 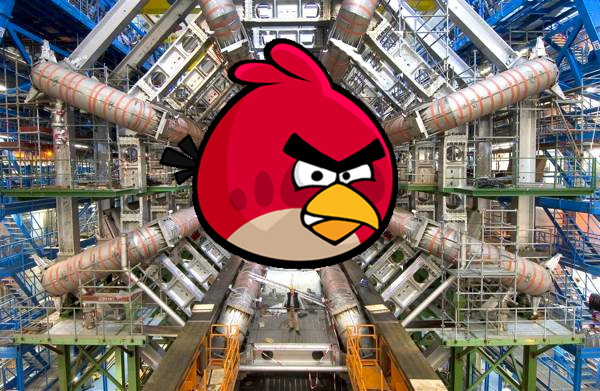 The last time CERN and an angry bird met, it didn’t end so well: the Large Hadron Collider overheated after a feathered creature reportedly dropped its breakfast on outdoor machinery. Things should go much more smoothly this time around, with CERN and Rovio partnering on an educational initiative that will be unveiled in full at the Frankfurt Book Fair on October 12th. Although the two are shy on just what’s entailed beyond the presence of some Angry Birds material at the event, the union will mark the start of Rovio’s learning brand and likely represent more in the long run than another Angry Birds Space tie-in. We’re mostly wondering if subatomic physics research will explain why we still can’t three-star some levels in a physics-based game.

Continue reading Rovio and CERN teaming up on education: hopefully the Angry Birds help us this time

Rovio and CERN teaming up on education: hopefully the Angry Birds help us this time originally appeared on Engadget on Thu, 11 Oct 2012 08:27:00 EDT. Please see our terms for use of feeds.