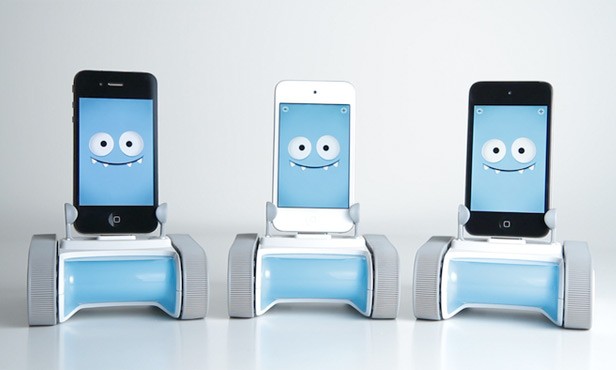 The first time we saw Romo, it was a fledgling Kickstarter that received our Insert Coin treatment. It went on to achieve its funding and even landed on our stage at CES. Now, the team behind it are back with a new updated version. The latest iteration boasts an all new circuit board, plus updated software and hardware — along with the promise of an API for developers. If that sounds cool, that’s because it is, but there are even loftier plans afoot if they secure a second round of funding. Remote 2-way telepresence, Roomba-esque navigation learning skills, facial recognition and Computer vision to name a few. So if you’re an iOS-owning (no Android at this time) robot fan, you’d better scoot on over to the source and be lured in by its cutsie little grin (again).

Romo’s return: the cute little smartphone robot wants to steal your heart again originally appeared on Engadget on Tue, 16 Oct 2012 12:59:00 EDT. Please see our terms for use of feeds.