Rohm 5Wh hydrogen fuel cells power up smartphones, ready for the trash after one charge 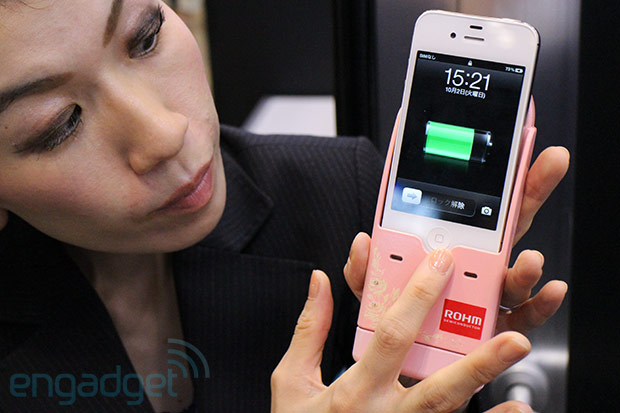 Rohm’s hydrogen fuel cells are meant to power smartphones and other mobile devices, but unlike other juicing-up solutions, the cells are only good for one charge. Rohm says disposable fuel cells can be made smaller and lighter than their multi-use counterparts, and as the only byproduct is hydrogen, the company is touting the cells’ eco-friendliness. The system generates electricity by using hydrogen that’s created by the reaction of a metal material and water. While the device we saw here at CEATEC is a prototype, Rohm may offer its recharging system as both a smartphone case and a USB-attachable juicepack. Each offers 5Wh and can fully charge a handset once. There’s also a 200W power generator, which certainly stretches the meaning of portable but can keep a laptop, LCD TV and a peripheral or two going for three to four hours. Rohm says its fuel cells will see a commercial release some time in 2013; for now you can get a sneak peek in our hands-on gallery below.

Zach Honig contributed to this report.

Rohm 5Wh hydrogen fuel cells power up smartphones, ready for the trash after one charge originally appeared on Engadget on Tue, 02 Oct 2012 11:22:00 EDT. Please see our terms for use of feeds.