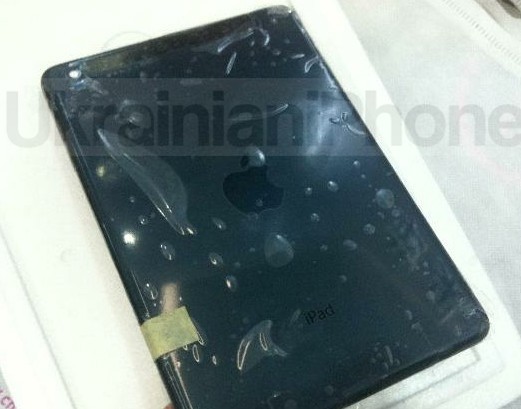 Hey look, another round of purported iPad Mini parts has surfaced, this time courtesy of Ukrainian iPhone. Conveniently enough, the Wall Street Journal also happens to be reporting that its sources have confirmed “mass production” of the still unannounced slate has begun by Apple’s “Asian suppliers.” This time we’re looking at an anodized black version of the familiar back plate, alongside a separate digitizer in white, hinting that we’ll see the final device in the same colorways as the iPhone 5 . As 9to5Mac points out, the casing houses a SIM card tray, similar antenna spacers to the current iPhone crop and a layout akin to the current iPod Touch. WSJ further notes that its sources state this tab’s LCD screen is indeed 7.85-inches, being sourced from both LG and AU Optronics. Naturally, pricing is almost definitely set to be cheaper than the full-size iPad — here’s to waiting for an invite to the supposed unveiling event set for this month.