Late last night, the Kickstarter campaign for Obsidian’s Project Eternity finally came to a close. It was a very exciting ride too, with the developers at Obsidian managing to raise nearly $4 million in funding. The exact figure is $3,986,929, which is enough to make Project Eternity the most-funded game in Kickstarter‘s history. 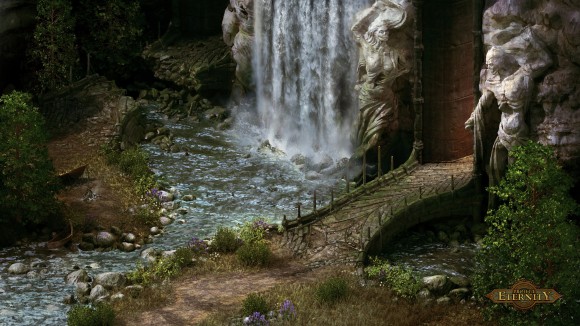 We thought it would be a while before we saw a video game raise more than the Double Fine Adventure, which netted $3,336,371 in funding by the time its own campaign came to a close, but it appears that we were wrong. Project Eternity reached its funding goal only one day after the Kickstarter campaign launched, and since then has been raking in the cash from fans who are all too eager to open their wallets. Obsidian named a ton of stretch goals for the project after it became clear that the studio was about to make much more money than it was originally asking for, meeting most of those stretch goals but unfortunately falling just short of the goal for $4 million, which would have seen the entire game improved.

It’s easy to see why fans were so willing to hand over their money, too. Project Eternity will be a fantasy-themed computer RPG, heavily inspired by the old-school CRPGs that were made with BioWare‘s Infinity Engine. Many of the developers currently at Obsidian worked on a lot of those classic RPGs in one way or another, including games like Icewind Dale and Planescape: Torment. With this Kickstarter campaign marking something of a return to the beloved RPGs of the past, it’s no wonder gamers threw their money at the campaign, especially with Obsidian at the helm.

Sadly, we’ve got a while to wait before we can get our hands on Project Eternity, as it currently has a release window of Q1 2014. Like all of these crowd-funded games, though, the end of the Kickstarter campaign is merely the beginning of everything else, and we expect to hear plenty about Project Eternity over the course of the next year. We can’t speak for you, obviously, be we sure are excited to find out more. Stay tuned.