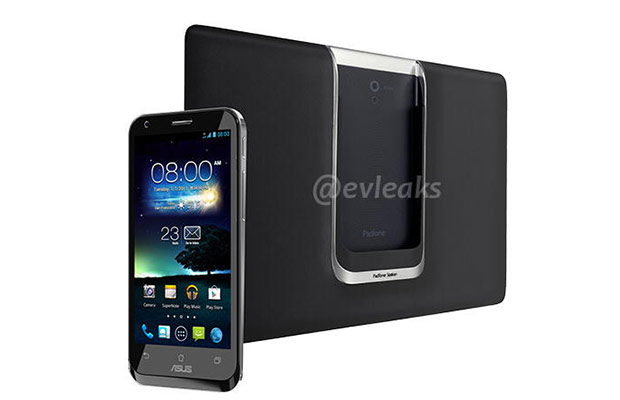 A launch event invitation has already given us a glimpse of the ASUS PadFone 2, but Bloomberg TV India caught up with the firm’s CEO Jerry Shen and snagged a video tour of the device before its October 16th reveal. The second iteration of the PadFone packs a 4.7-inch HD (presumably 720p) screen and 13-megapixel camera, which jives with specs on supposedly leaked packaging. Rather than having to fuss with a cover flap to slide the smartphone into its tablet shell, users will be able to dock the device straight into a lighter and thinner slate component. Other details are scarce, but we’re sure to find out more when the curtain is ceremoniously pulled back next Tuesday. In the meantime, you can forge past the break to see footage of the hybrid starting at the 1:40 mark.

Update: The ever-prolific evleaks has just tweeted out a glamour shot of the PadFone 2 and its accompanying tablet dock.

Update 2: Evleaks has tweeted additional pictures which we’ve collected in the gallery below for your perusal.