HomeNewsNokia’s Elop: A “Surface” Windows Phone 8? Bring it on!
News

Nokia’s Elop: A “Surface” Windows Phone 8? Bring it on!

Nokia CEO Stephen Elop has dismissed concerns that Microsoft might sway the Windows Phone 8 market by releasing a “Surface” branding smartphone of its own, saying instead that the company would welcome it. Speaking in the aftermath of Nokia’s less-than-glowing Q3 2012 financial results, Elop said that while he had seen “no indications” that Microsoft planned to follow its Surface tablet with a phone, such a device would be “certainly a stimulant to the ecosystem.” 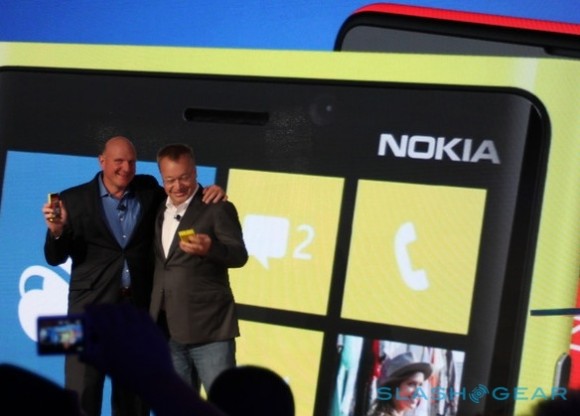 In fact, while rival smartphone manufacturers have been snippy at times about their Windows Phone counterparts, Elop has generally taken a more “for the good of the platform” approach to competing devices. ”We’re encouraging of HTC and Samsung and Microsoft or whomever to have devices in the market,” he explained, “and to be making whatever investments that helps spur the ecosystem on.”

Still, Elop doesn’t always refuse to wade into the fray. After HTC managed to clinch “signature” branding from Microsoft for its 8X and 8S phones, Elop commented that Nokia’s devices are “a step above” what its competitor has created.

That message carried on today, in the financial results call. “We’re very proud of the unique differentiation that we are bringing to the Windows Phone platform,” Elop said, describing it as “not something that’s easily replicated or reinvented.”

Nonetheless, Nokia needs Windows Phone to gather momentum with alacrity, given it – and Microsoft – basically undermined its Q3 sales by announcing that existing phones wouldn’t get upgraded to WP8, and showing off the incoming range. With devices based on the platform only expected to hit shelves in mid-November, however, the company has warned that Q4 is unlikely to be a blockbuster.