HomeNewsNokia Music update ushers in the Lumia 920 and 820 with Artist...
News 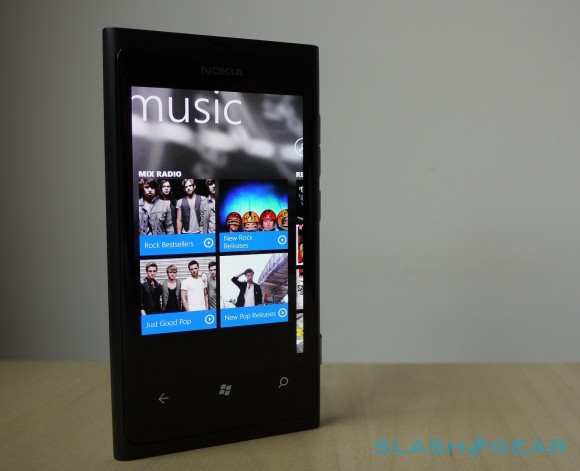 This week when the Nokia Lumia 920 and Lumia 820 hit the market with Windows Phone 8, you’ll be seeing updates to Nokia Music as well. This update will bring a variety of new features including no less than Dolby Headphone support – that’s high definition beat blasts for your eardrums like never before! Also included in this update to Nokia Music is full Artist Profile Pages – you’ll be able to get more information on the artists you love than you ever though you’d have wanted!

Each Artist Profile page will include a biography, Twitter messages from their official Twitter page, and upcoming gigs across the planet. These Artist Profile pages also include new Nokia mixes that can be triggered from one of their tracks directly from the page the track is on. This makes it easier than ever to get the lovely precision-collected sets of music you want!

UPDATE: Nokia has confirmed that this update will also be pushed to devices running Windows Phone 7.8 as well – good deal!

Worth noting is that Nokia Music only exists on Nokia devices at the moment and for the foreseeable future. At the moment it appears that this update will be hitting the Lumia 920 and 820 first, but no word has been confirmed on whether or not previous Lumia devices will be able to work with these new features.

The Lumia 920 and 820 will be in stores this weekend internationally and soon – very soon – here in the USA on carriers galore as well. We’ll be taking closer looks at the 920 and 820 in addition to the different carrier iterations of the phones in turn. Stay tuned to SlashGear for more Windows Phone 8 action as well!

Facebook
Twitter
Pinterest
WhatsApp
Previous articleMetroPCS posts up Q3 2012 earnings
Next articleLG Spectrum 2 made official for Verizon, brings Optimus LTE II to the US for $100
- Advertisment -