AT&T just announced today that its bringing Nokia‘s flagship smartphone, the Lumia 920, to its network as an exclusive, as well as offering the Lumia 820. Sadly, no details on pricing or availability were mentioned in the press release, other than that the two devices will be hitting Ma Bell sometime this fall, just in time for the holiday season. 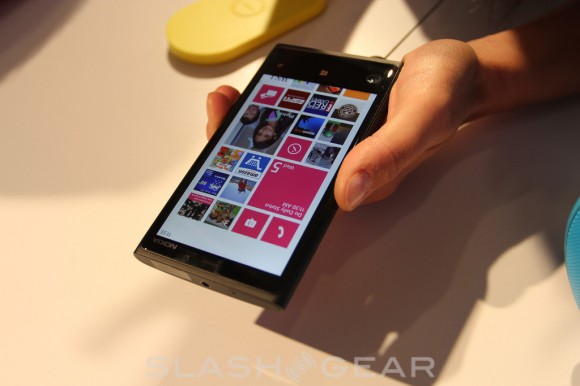 Nokia’s Lumia 920 is the company’s flagship device that runs on Microsoft’s Windows Phone 8. It has a 4.5-inch display with a resolution of 1280 x 768 that touts a “super-sensitive touch” screen that allows for even glove-friendly use. The phone also packs in a Qualcomm Snapdragon S4 processor and 1GB of RAM.

However, the biggest feature of the Lumia 920 (and most controversial as of recently) is its camera. It’s capable of shooting full-HD 1080p video at 30fps and uses a new technology the company calls PureView. Nokia has seen its share of criticism lately for faking a demonstration of their new image stabilization technology in a commercial.

Nonetheless, if you’re wanting in on a Windows Phone 8 device, the Lumia 920 might be the phone you’re looking for. Again, there’s no pricing or availability yet, but if rumors are true, we could see the new device hit AT&T stores on November 2. For more info on the Lumia 920, check out our hands on session, as well as the extended hands on with the PureView camera.