Nokia Lumia 822 for Verizon possibly caught stopping by the FCC 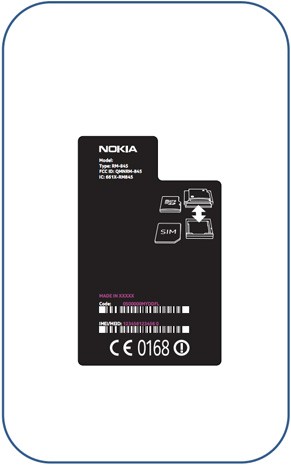 Just in case you thought Nokia’s Lumia 822 for Verizon was an illusion, the FCC has given us good (if not quite smoking gun) evidence that it’s tangible. A filing at the agency shows a device that’s only listed as the RM-845 on the surface, but has Verizon’s CDMA and LTE bands, measurements very close to those of the GSM-based Lumia 820 and a microSD slot that you wouldn’t find in a Lumia 920 variant — short of a surprise new model, there’s little beyond the 822 that would currently fit the bill. Those disappointed that it’s not a higher-end Lumia might take some consolation in seeing both the expected NFC as well as quad-band HSPA 3G for world roaming. Between the FCC and earlier photos, fans are really just left waiting for Verizon to make this new piece of its Windows Phone revival official, whether it’s on October 29th or some other date.

Nokia Lumia 822 for Verizon possibly caught stopping by the FCC originally appeared on Engadget on Sat, 13 Oct 2012 19:18:00 EDT. Please see our terms for use of feeds.