HomeNewsNokia Lumia 822 and HTC 8X show up in Verizon colors, get...
News

Nokia Lumia 822 and HTC 8X show up in Verizon colors, get pegged for November 8th release 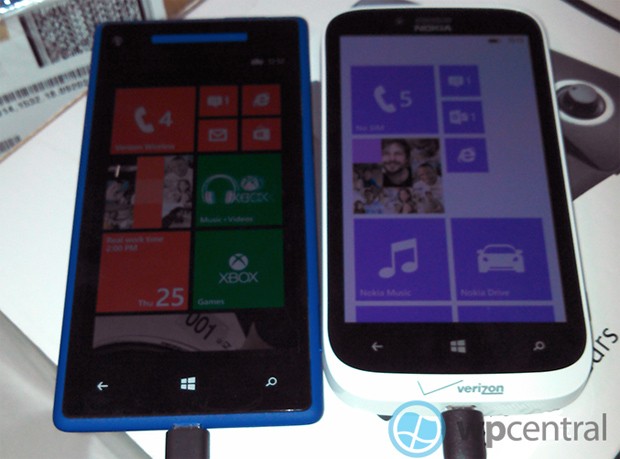 The Verizon-flavored Nokia Lumia 822 hasn’t exactly been camera-shy, nor has it been coy about its imminent arrival, but the details on price and availability have, as yet, not been pinned down. That is until now, according to a tip-off at WPCentral. The candid shot shows the Nokia next to an HTC 8X — both with Verizon livery. The word is that the Lumia 822 will run you $99 at launch, while the HTC 8X will command $199, both with a contract. The same source claims that these will launch on November 8th. Just in time to get that first killer app.

Update: Not satisfied with just white? Don’t worry about it — you’ll have two more shades to pick from, according to a press image uncovered by EvLeaks. A professionally captured view of the 822’s black and grey facades can be found at the more coverage link below.

Nokia Lumia 822 and HTC 8X show up in Verizon colors, get pegged for November 8th release originally appeared on Engadget on Sun, 28 Oct 2012 01:03:00 EDT. Please see our terms for use of feeds.