HomeNewsNokia Lumia 820, 920 for AT&T swing through the FCC
News 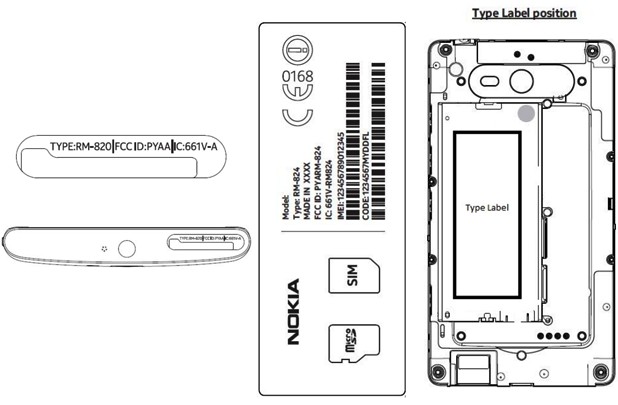 Hopefully AT&T subscribers weren’t spooked when the Nokia Lumia 920 first passed through the FCC in only its non-US guise, and its lower-end 820 cousin only as the (currently unofficial) Verizon-ready Lumia 822. The two Windows Phone 8 flagships have had follow-up approvals in GSM versions that are unmistakably destined for AT&T and Canadian carriers. Never mind the slightly distracting RM-820 model number on the Lumia 920; it reveals the 920’s distinctive curved design, 700MHz LTE in AT&T’s range and AWS-based LTE for both AT&T as well as its Canadian neighbor. The Lumia 820 is equally identifiable as the RM-824, even if it limits the LTE access to AT&T’s network. We haven’t seen any shocking revelations from either device, although we weren’t expecting any from phones that hew so closely to the original templates. The filings mostly set expectations for Microsoft’s October 29th event — now that the likely stars of the show are cleared to make their appearances, the companies involved should breathe more easily.