HomeNewsNokia: Hey, we do fancy maps too, not just Google!
News

Nokia: Hey, we do fancy maps too, not just Google!

Nokia has joined in the maps attention-seeking, highlighting its own camera-toting efforts to 3D visualize locations, just as Google Maps has done with Street View. NAVTEQ True, as Nokia calls its system, combines 360-degree LIDAR with the awesome power of lasers to map out 1.3m 3D data points each second, panoramic cameras, and military-grade positioning systems. 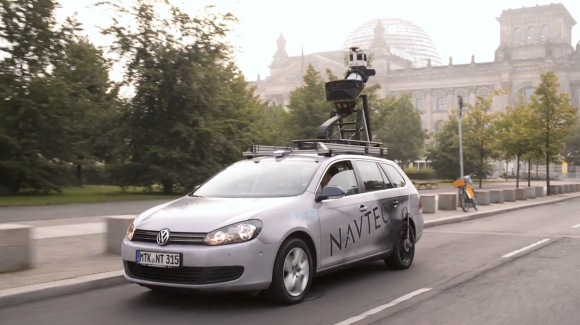 Those positioning systems don’t only rely on GPS for location, but Inertial Measurement Unit (IMU) sensors to track speed, orientation, and the effect of gravity, so as to get an even more granular fix on where the teams are. Nokia dispatches them both in cars and on foot – though it’s not clear whether NAVTEQ has visited the Grand Canyon yet – with panoramic cameras (that link 360-degree images to the corresponding position in LIDAR 3D models) and automated high-res multi-view cameras to cut out the amount of user-processing required.

The results are all funneled into apps like Nokia City Lens and Nokia Maps, which will be increasingly important in Windows Phone 8. It remains to be seen whether Apple, which ousted Google Maps from iOS in favor of its own navigation application, will turn to NAVTEQ to license the 3D graphics, as Oracle and others have done. 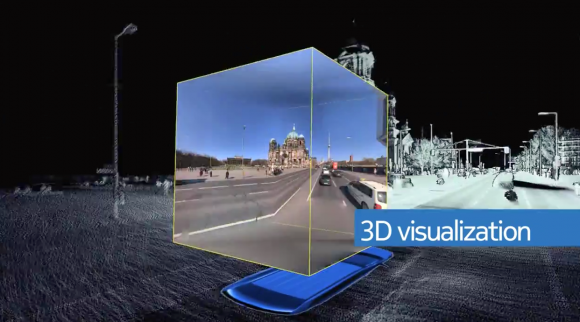 NAVTEQ was one of the few highlights of Nokia’s recent financial results announcement, with licensing of the navigation system to third-party clients looking a little more successful than sales of Lumia Windows Phones. Net sales were down for the Location & Commerce division, as was operating profit, but if you exclude the one-time costs incurred during the three month period, Nokia actually made a little profit on the group.