Nokia has announced the new Lumia 510 Windows Phone, the “most affordable Lumia so far.” This entry-level phone is a combination of decent specs and a low price point, allowing consumers to have a decent smartphone for a modest price. It runs Windows Phone 7.5, and comes in a smorgasbord of colors. 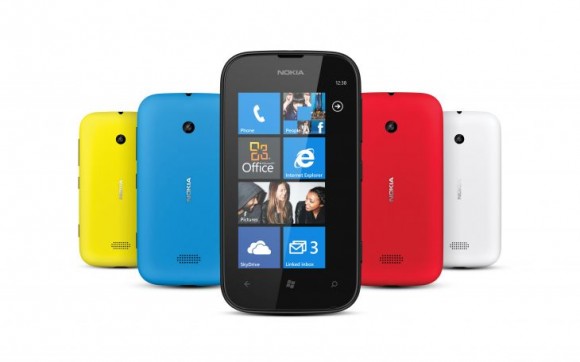 The Lumia 510 has a rounded body with a 4-inch WVGA 800×480 TFT display. Inside you’ll find a Snapdragon S1 processor and 256MB of RAM. It has a very small internal storage space of 4GB, but sadly it does not have an expansion slot, instead featuring 7GB of free SkyDrive cloud storage.

As you can see in the images, the latest Lumia is available in white, black, red, yellow, and cyan. It features a 5MP camera with autofocus, and a 1300mAh battery. According to the press release, users can download the Camera Extras app, which provides “exclusive functionality” to go with the onboard camera.

With the decent-to-low-end specs, particularly its tiny internal storage space, it’s obvious that the Lumia 510′s biggest selling point will no doubt be its price tag of $199. The smartphone is slated for launch in November starting in China and India, later followed by South America and other Asia-Pacific countries.

Facebook
Twitter
Pinterest
WhatsApp
Previous articleQualcomm develops eyes-free smartphone for the blind and visually impaired, calls it Ray
Next articleNikon patent would perfect the art of camera tossing, protect us from our folly
- Advertisment -