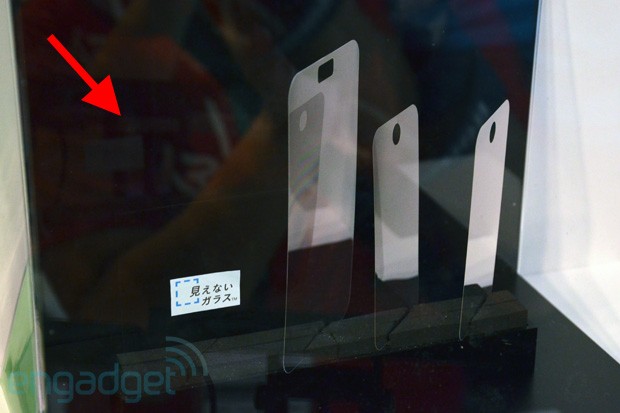 How about some glass from CEATEC, eh? The folks at Nippon Electric Glass were showing off its still-in-development liquid lens technology, as well as its already-available “invisible glass.” The latter, as pictured above, is very much what it says on the tin albeit with some exaggeration, obviously, but we were still very impressed by how little reflection we saw on it. While it’s already being used in art galleries and inside cameras (as sensor covers), Nippon Electric Glass is pushing hard to get its invisible glass featured on mobile devices — the selling point here is simply to achieve the effect of somewhere in between glossy glass and matte glass, so that you’d get the best color vibrancy with minimal reflection. Do check out the video after the break.

As for the liquid lens, Nippon Electric Glass’ version uses low-power electric field to control its liquid crystal molecular orientation, thus changing the focal point. You’ll also see that the lens is also small enough to be integrated into phones and webcams. While the demo response was pretty quick, we were told that it’ll be at least another year before the technology becomes available for us mere mortals. For now, you can see our hands-on demo after the break.