Ever since we saw a 32GB version of the Nexus 7 show up in a warehouse inventory system listing last week, speculation of a 32GB model has kept on rising. Today, a Japanese resident who bought a 16GB Nexus 7 from the Google Play store said he actually received a model that had 32GB of built-in storage instead. 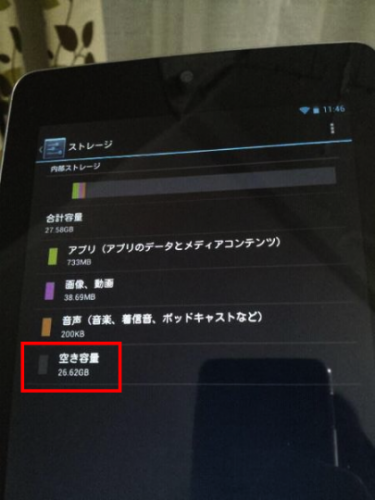 The lucky 32GB Nexus 7 owner says that all the packaging mentions the tablet as only having 16GB, but when going into the settings to see how much room he has, it says 26.62GB of free space. We’re not sure how the screw-up happened on Google‘s or Asus‘ end, but we’re guessing someone accidentally grabbed a 32GB model that happened to be within arm reach when packing up stacks of 16GB models. 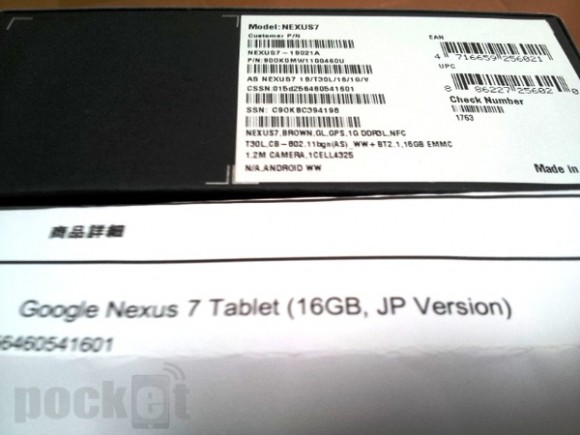 Then again, we’re obviously not really sure what happened. All we know is that a 32GB model is possibly completely manufactured already, and might just be waiting for the green light to get announced and released. However, it’s also completely possible that these photos could have been cleverly doctored to fool us.

Still, it wouldn’t be all that surprising if Google and Asus were working on a 32GB Nexus 7, considering that its competitors have released 32GB version of their tablets, the Kindle Fire HD and the NOOK HD released by Amazon and Barnes & Noble, respectively. We can’t find a reason that Google wouldn’t release their own 32GB variant, so we’re remaining optimistic in the mean time.