In typical fashion, Rovio has released another teaser for its upcoming Star Wars-themed Angry Birds sequel. It’s a lot similar to the last teaser we saw, in that it shows a short clip from A New Hope, followed by another short clip that features the Angry Birds in some fashion. This time around, Princess Leia and an Angry Birds stormtrooper make an appearance. 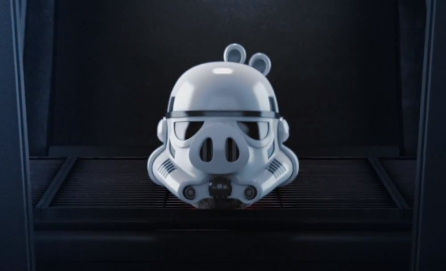 Once again, Rovio doesn’t offer any details about actual gameplay, which is what a teaser is in a way, but at least give us at least something to work with, Rovio — we’re gamers who happen to be starving for a Star Wars-themed title in which we fling birds with slingshots at pigs. That sounds like a fantastic combination.

If you missed the first teaser that went live a couple days ago, it featured the Millennium Falcon, with a short Star Wars clip that had Han Solo, Luke Skywalker, and Obi-Won Kenobi talking about the quick speed of Han’s ship. That teaser didn’t give us a lot of details either, but hopefully as launch day creeps closer, we’ll have more information.