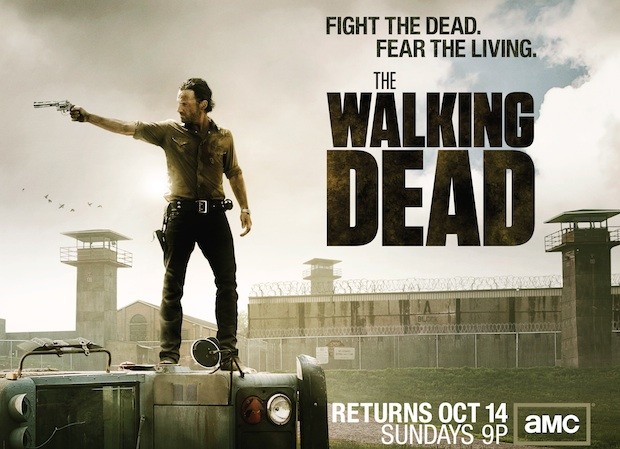 The fall premiere season is hardly over, with CW taking the wraps off of if its new comic book adaptation, Arrow (preview video embedded after the break) while NBC and ABC unveil Chicago Fire and Nashville. Of course, some old favorites are returning too, and web series Dr. Horrible’s Singalong Blog is making its TV debut Tuesday night. Oh, and some little flick called E.T. is coming home on Blu-ray for the first time. Look below for the highlights this week, followed after the break by our weekly listing of what to look out for in TV, Blu-ray and videogames.

The Walking Dead
After season two’s exciting finale we are once again all in on AMC’s zombie apocalypse series. Fans of the comic are looking forward to seeing characters like Michonne and The Governor, but first our ragtag band of survivors will apparently try to take control of a prison. Should be a piece of cake. Check out the season three trailer embedded after the break and set your DVR for Sunday night.
(October 14th, AMC, 9PM)

Prometheus
The sci-fi movie that has produced more divisive opinions than any other in 2012 finally hits Blu-ray this week. Complete with a 3D edition and requisite iPad companion app, the hook is promises of extra scenes and background information that may help fill in this story. Unfortunately, unlike one of director Ridley Scott’s other flicks, Blade Runner, the extras aren’t smoothly integrated as an XL-sized director’s cut, at least not in this edition. Still, if you dig it there should be plenty to keep you watching once the movie is over, and while it’s playing the visual effects will entertain.
($24.99 on Amazon)

The League
Whether you’re as obsessed with fantasy football as we are or not (hopefully not, it’s just unhealthy at some point) this series about a group of friends and their league is one of the most consistently funny shows of the last few seasons. Last season ended with the Shiva trophy getting a viking funeral at sea, and while we have on idea how they’ll top that, we suspect Rafi will be involved somehow. Of course, it’s not the only show on FX Thursday night, as It’s Always Sunny in Philadelphia returns ahead of it this week, with shows from Russell Brand and W Kamau Bell bringing up the rear.
(October 11th, FX, 10:30PM)