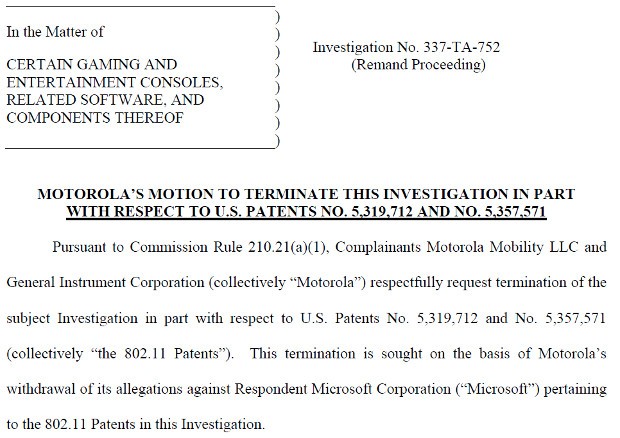 Since taking over Motorola Mobility, Google has started to rein in some of the manufacturer’s legal adventures. First, it struck a licensing deal with Apple in Germany, then it withdrew an ITC complaint against the company in early October. Now Microsoft is benefiting from its new, seemingly less lawsuit-happy adversary. Moto has decided to pull its WiFi-related patent claims from a complaint against the Xbox 360. That still leaves its H.264 patents on the docket, though, we wouldn’t be surprised to see the case disappear completely before the two companies go to trial in December. Microsoft claims it’s entitled to a reciprocal license from Google due to an existing agreement between Mountain View and MPEG LA. German courts have already ruled that Motorola’s claims regarding its H.264 patents are strong enough to issue injunctions against the Xbox 360 and Windows 7, however the company has been unable to enforce those sales bans due to ongoing investigations in the US.

MacBook Air (M1) is $199 off, with delivery in time for the holidays