Motorola has axed development of its Webtop system, claiming underwhelming sales means further investment in the idea of using a smartphone as the core of a desktop-replacement hub was unfeasible. Webtop, a custom feature of several recent Motorola Android smartphones, worked with desktop docks and notebook-like Lapdock clamshells to offer a full version of Firefox among other features; however, Motorola confirmed to CNET, the expectation is that core Android functionality itself will make its own Webtop work redundant. 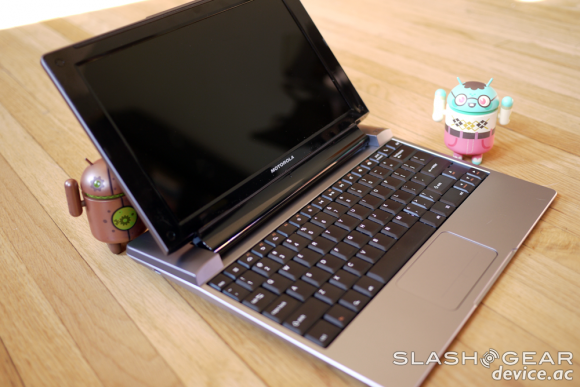 “Motorola’s Webtop app helps users extend their smartphone experience to larger screens. While consumers around the world have adopted Webtop and the concept spurred a lot of innovation in the industry, the adoption has not been strong enough to justify continued resources being allocated to developing Webtop on future devices” the company said in a statement. “We have also seen development of the Android operating system focus on the inclusion of more desktoplike features. Beginning with Photon Q and Droid Razr M/Droid Razr HD/Droid Razr Maxx HD, we will no longer be including Webtop on our products moving forward.”

Although by no means essential to using any of Motorola’s devices, Webtop allowed road warriors to dock their phone – such as the Atrix 2 – into a laptop chassis and rely on the increasingly potent mobile processor performance to remotely access work files, visit full websites, and more. A smaller media dock could be used with a TV and wireless peripherals, ideal for setting up an impromptu office in a hotel room.

However, while Webtop’s software functionality was included in the cost of the device itself, the companion hardware did not come cheap. The Atrix 2, in a bundle with the laptop dock, was priced at $500 by AT&T and Motorola, potentially more than a cheaper smartphone and a full notebook bought separately.

Motorola’s decision will leave the company – now owned by Google – to focus on core smartphone performance, though it would be a surprise if the lessons learned from the Webtop experiments didn’t percolate through Android as a whole. Google has also been pushing its Chrome OS platform, again focusing on lower-powered local devices that tap into the potential of the cloud, and a closer link between that and Android has been rumored for some time.