Microsoft’s Steve Ballmer: the Surface is what people really want

After the announcement of Microsoft’s Surface tablet last week, company CEO Steve Ballmer spoke about the competition and what the Surface brings to the table for potential tablet buyers. Despite Apple selling over 100 million iPads, the Kindle Fire HD being Amazon’s best-selling product ever, and the Nexus 7 being UK’s best-selling tablet, Ballmer says these tablets aren’t what people truly want. 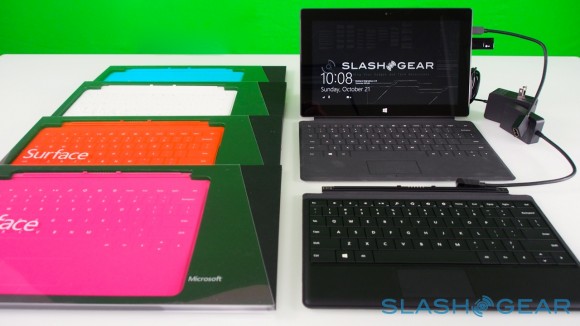 According to Ballmer, Microsoft’s new Surface tablet is the tablet that people really want, and it’s the tablet they’ve always wanted. Ballmer says that he doesn’t think “anybody has done a product that is the product that [he sees] customers wanting.” He continues by noting that no other tablet maker “has a product that you can really use,” directly referring to Apple, Google, and Amazon.

Ballmer says that the Surface tablet “is a first-class tablet that people can enjoy and appreciate. It’s a PC; it’s a tablet. It’s for play; it’s for work. It’s a got a great price. That product doesn’t exist today.” That is, until now. The Surface officially launched on Friday at a starting price of $499. Ballmer notes that the Surface is not a compromise, but rather a reimagining of the PC, Windows, and Microsoft, which he states is now a “devices and services company.”

Ballmer also took an old adage from Steve Jobs and spun it around to reflect Microsoft’s beliefs. Jobs always said that “people don’t know what they want until you show it to them,” but Ballmer says that people usually know what they want, but not until after a few years of using something else.

Microsoft’s Steve Ballmer: the Surface is what people really want is written by SlashGear.
© 2005 – 2012, SlashGear. All right reserved.