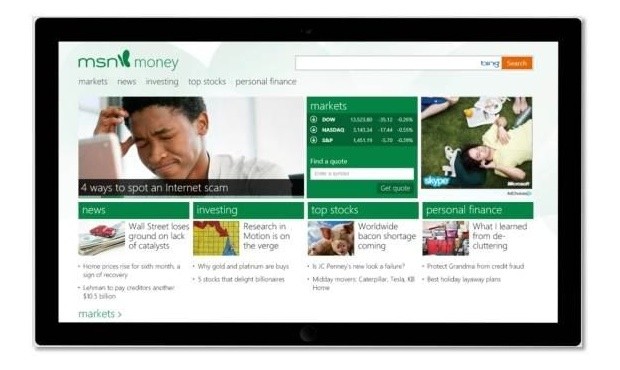 Microsoft isn’t exactly a stranger to the news business. It founded Slate Magazine way back in 1996 as part of its then still-nascent MSN website, and it partnered with NBC that same year on the MSNBC cable news network. While it’s since sold off both Slate and its stake in MSNBC, it looks like the company is now taking another big swing at producing its own news operation. As Reuters reports, Microsoft is making “big, multi-million dollar investment” to create what is being described as a “decent-sized media operation,” one that will be a part of the new-look MSN that the company has also announced today. Details remain light beyond that, but Reuters says the new MSN will still “chiefly aggregate news” from traditional sources like Reuters and the AP in addition to producing its own content. As for that new MSN itself, it’s unsurprisingly built with tablets (and Windows 8, specifically) in mind, with a design that’s tailored for full-screen use and touch input. Its launch wil coincide with Windows 8’s debut on October 26th, but you can get an early look at the link below and in the video after the break.

Microsoft set to get back in the news business with relaunched MSN originally appeared on Engadget on Mon, 01 Oct 2012 12:49:00 EDT. Please see our terms for use of feeds.