Earlier today at a press event in the Czech Republic, Microsoft product manager Petr Bobek confirmed that the company’s next Office suite version, Office 2013, is coming to iOS and Android in March of next year. A press release from Microsoft’s Czech Republic team also mentioned that Office 2013 is coming to Windows Phone, Windows RT, and Symbian. 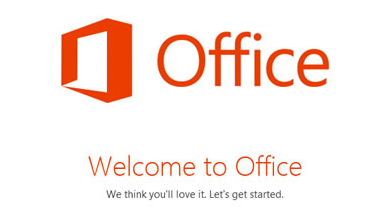 We ended up seeing Office for iPad in the wild back in February, but Microsoft was pretty quick to deny the leaked images. Later in May, we got word that Office for iPad actually existed and that it was going to be released in November 10 as “Office Mobile”. It looks like it’s finally been confirmed, though, by the company itself.

UPDATE: This news has been squashed – sort of – by Frank X Shaw, lead corporate communications for Microsoft, who simply said: “The information shared by our Czech Republic subsidiary is not accurate. We have nothing further to share.” This doesn’t necessarily mean that Office wont hit iOS or Android, but that the release information shared today isn’t perfect.

The press release states that Office 2013 will be made available to businesses starting in December, and consumers will be able to grab it towards the end of February. Microsoft says that “Office 365 services and other Office products for mobile (phones and tablets) will be released from March 2013.”

A Microsoft spokesperson from the US has neither confirmed or denied the availability of Office 2013 on mobile devices starting next year, only stating that the company hasn’t announced it yet. The spokesperson continues by stating, “We have said previously Office Mobile will work across Windows Phones, Android phones and iOS.”

Microsoft Office 2013 for iOS and Android confirmed by product manager [UPDATE] is written by SlashGear.
© 2005 – 2012, SlashGear. All right reserved.