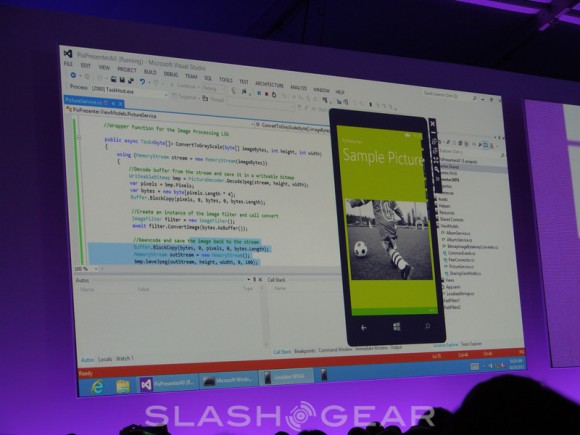 Ever since the announcement of Windows Phone 8, eager app developers have been keeping an eye on the release of Microsoft‘s SDK for Windows Phone 8. Of course, they were waiting a while because Microsoft just launched it today — the day after the mobile operating system officially released.

In any case, it’s ready to be downloaded, and all developers can finally get their grubby app-making hands on the new SDK. However, before you even think about diving deep into the world of Windows Phone 8 app development, Microsoft wants you running a 64-bit copy of Windows 8 and nothing less.

So, while Microsoft is banning luddites from using its Windows Phone 8 SDK, we’re guessing that most developers who are serious about any kind of app development will most likely take the plunge to Windows 8 anyway, so Microsoft probably doesn’t have anything to worry about as far as that goes.

Now that the Windows Phone 8 SDK is out in full swing, we’re now waiting patiently and anticipating for the platform’s app ecosystem to start growing. Aside from the typical big apps like Facebook, Twitter, Pandora, etc., let’s hope we see some awesome indie developers work their magic on Microsoft’s newest mobile operating system.