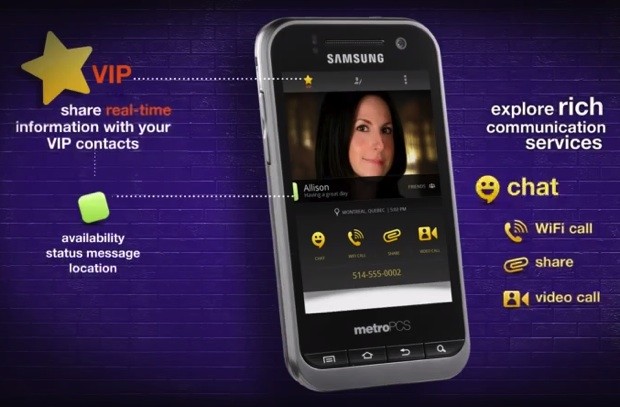 Smartphone users are well immersed in a world of contact syncing, media sharing, VoIP and video calls. They’re just not used to finding everything in one place, let alone guaranteeing that any carrier-level features will work with other phones and providers. MetroPCS is hoping to put itself ahead on that front by offering a potentially universal fix. It’s the first carrier anywhere to launch the Rich Communication Services standard on LTE, which provides a perpetually synced contact list that serves as the launching pad for everything else. Early adopters of the Joyn-branded service can chat through text, share media (including during calls) and start up WiFi voice or video calls without needing yet another specialized service and the extra sign-in that goes with it. Right now, the very young state of RCS on LTE leaves it behaving more like the isolated services it’s trying to replace — on MetroPCS, only those with the Galaxy Attain 4G and an after-the-fact Joyn app download can get the experience as intended. As long as more devices and carriers come onboard, though, the technology might be the long-term key to pulling us away from fenced-off conversations in Google Talk or Skype.