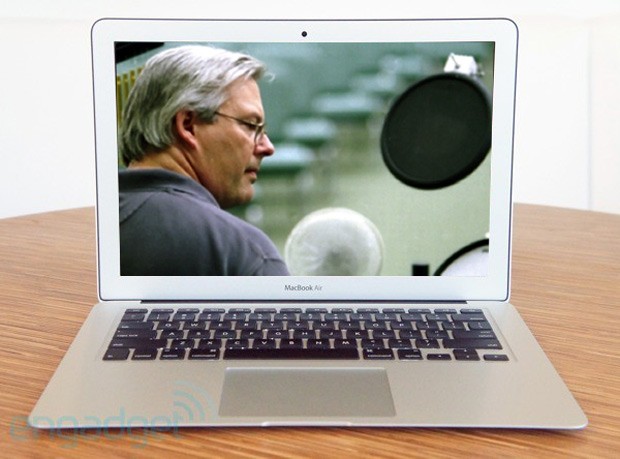 The iPhone 5 already proved Apple’s desire to move away from existing processor designs and exert more control over these fundamental components. Is it too crazy to imagine that Cupertino would like the same sense of freedom with its laptops? Perhaps not, especially since the biggest company in the world just hired a guy called Jim Mergard, who helped to pioneer AMD’s low-power Brazos netbook chips and who had only recently moved to Samsung. A former colleague of Mergard’s, Patrick Moorhead, told the WSJ that he would be “very capable of pulling together internal and external resources to do a PC processor for Apple” — possibly based on a mobile-style SoC (system-on-chip) rather than a traditional PC approach. That’s pure speculation of course, but funnily enough it’s where Intel seems to be headed too.

Facebook
Twitter
Pinterest
WhatsApp
Previous articleBlackBerry rep shows off L-Series smartphone, forgets it’s meant to be a secret (video)
Next articleFacebook downtime had nothing to do with Anonymous
- Advertisment -