Logitech has outed its latest webcam, the Logitech Broadcaster WiFi Webcam, and as the name suggests it cuts the cord with some integrated wireless. Capable of streaming directly to Ustream, the new camera can also be used with the Broadcaster app for Mac, iPad, or iPhone, for more control over what gets squirted online. Meanwhile, the WiFi Webcam can also be used to accompany the existing camera built into your laptop. 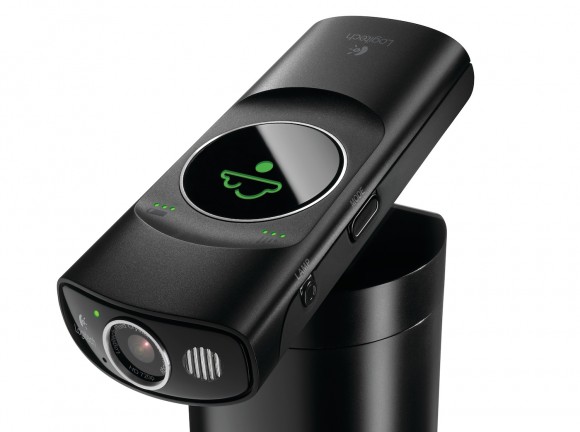 It works with FaceTime, iChat, and Skype for Mac, with a button on top toggling between the Mac’s integrated FaceTime camera and the Logitech’s wireless stream. That way you can flick between viewpoints midway through a call, handy if you need to give a close-up or a demonstration.

Wireless recording is possible with QuickTime and Photo Booth, along with iMovie and Final Cut Pro if you want to do some editing too. Video is shot at up to 720p HD resolution, with mono audio and in H.264 format; there’s a 3x digital zoom and an external microphone input. Logitech says the battery is good for up to 2hrs of use, though you’ll get less if you turn on the integrated video light.

Even the case does more than just protect the camera. It works as a stand, with a magnetic base on the lid holding the Broadcaster in place; there’s also a standard tripod screw, if you need more flexibility.

The Logitech Broadcaster WiFi Webcam will go on sale this month in the US and Europe, and is up for preorder now at $199.99 or £159.99. Unfortunately it looks to be Mac-only for the moment.