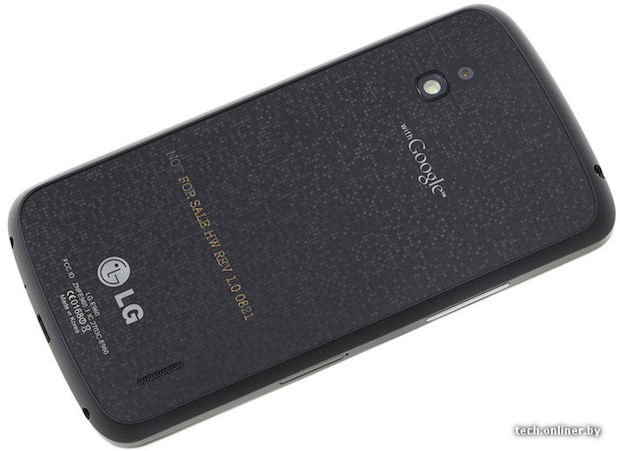 While Google and LG have kept quiet on the subject of any prospective Nexus phone, the leaky ship that is the LG E960 “Mako” popped another hole today as Belarusian site Onliner.by has apparently gotten its hands on a prototype unit. According to the site the specs match many of the previous leaks saying it’s similar to the Optimus G, rocking a 1.5GHz quad-core Qualcomm Snapdragon CPU, 1280×768 4.7-inch display and 2GB of RAM, but only 8GB of storage built-in and an 8MP camera. It’s running the just-released Android 4.1.2 for now, so unfortunately there’s no hint of any potential Android 4.2 features. Hit the source link to check out a few more quality snaps of the “with Google” handset, but at this rate we’ll probably have more details any minute now.