HomeNewsLG Optimus G for AT&T will be available November 2 for $200,...
News

LG Optimus G for AT&T will be available November 2 for $200, pre-orders begin tomorrow 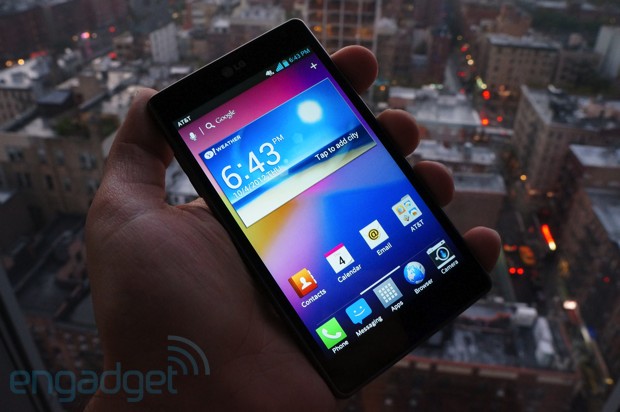 The details have finally come: the LG Optimus G on AT&T will be coming to stores beginning November 2nd, and will go for $199.99 after a two-year commitment. Eager early adopters, however, will be able to head over to the carrier’s website to pre-order the device. Let’s recap what you’re getting for your hard-earned money: a 4.7-inch 1,280 x 768 True HD IPS PLUS display, Android 4.0, a 1.5GHz quad-core Snapdragon S4, 8MP camera (rather than the 13MP module on the global and Sprint models), 2GB RAM and dual-band AT&T LTE. We have a feeling it will be joined in close succession by several other hard-hitting smartphone giants, which means you may have to modify your holiday wish list pretty heavily over the next few weeks.