With more than a year having passed since the last time Google revealed a brand new Nexus smartphone – yes, it’s been that long – it would appear that the late-October tip appearing today for a Google-clean LG device could be very possible. It’s CNET that has a source speaking on how the end of October will be the time for LG to bring on the heat with their first-ever contribution to the Nexus lineup. This information comes immediately following a MoDaCo leak with essentially the same information plus specifications. 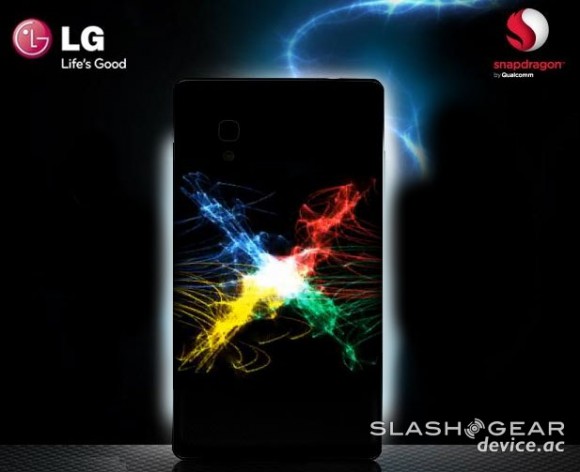 What’s able to be constructed from the various nameless sources on this subject thus far is that this is indeed an LG Nexus device, likely called “LG Nexus G” or very similar, and carrying with it a set of specifications that very closely resemble those of the LG Optimus G we’ll be seeing on several carriers in the USA soon. For those of you wondering what the LG Optimus G looks and feel like, have a peek at our LG Optimus G hands-on post for the full skivvy. As for the Nexus G, check this out:

We’re currently hearing two options for the release of this device, one of them being late October – that’s the newest rumor coming from CNET – and another in mid-November. These date tips are so close together that we’re going to go ahead and guess that one will be a reveal date and the other will be an actual release date. Now we’ve just got to see if anyone in the USA will carry it right off the bat.

If the carriers of the Optimus G are any indication, we can expect that the Nexus G will be coming to T-Mobile USA and Verizon (with 4G LTE, of course) inside a few weeks. Now we’ve just got to cross our fingers for a swift kick in the bootloader – let’s have it!