HomeNewsLG E960 Mako surfaces in photos, may be the future Nexus phone...
News

LG E960 Mako surfaces in photos, may be the future Nexus phone (update) 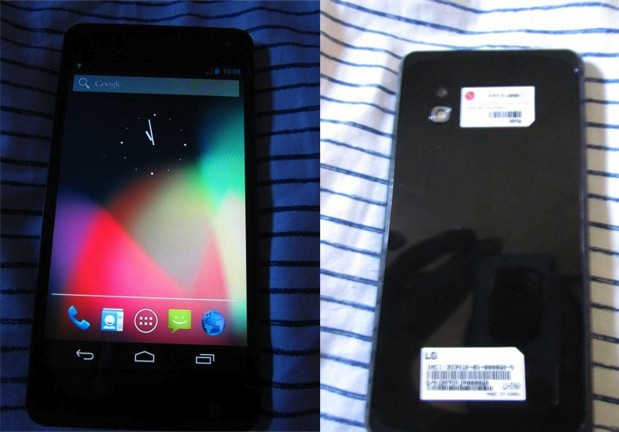 Rumors have been swirling that LG will get its first crack at a Nexus phone this year. If there’s any merit to that claim, we might have just received an early peek. An XDA-Developers forum goer has posted a collection of photos for the E960, which appears to be a variant of the Optimus G — until you realize that it’s using software navigation keys, doesn’t quite resemble the international or AT&T Optimus G models and is oddly badged as the “Full JellyBean on Mako.” Given that Google likes to name its reference Android phones after fish, it doesn’t take much to suspect that a device codenamed Mako is more likely to become a Nexus than an Optimus. The completely stock but unreleased Android 4.1.2 build of Jelly Bean certainly helps fuel the rumor mill. If the E960 does carry Google’s honorific, though, some may be in for a disappointment knowing that the model that reached the FCC last week doesn’t have LTE. We won’t rule out that this is one of multiple Nexus variants, if it’s a Nexus at all, but the 3G edition’s filing hints that Google may not rock the boat for its 2012 flagship.

Update: More images have surfaced, this time with the anti-spy casing removed from the back of the phone. Click past the break for more.