Back at the beginning of the month, I mentioned that Kia and DC Comics had teamed up to create a Justice League series of customized Kia cars. Under the partnership, each of the core members of the Justice League would have their own customized Kias to reflect the superhero’s personality. The heroes it would be getting the customize cars included Superman, Batman, Wonder Woman, Green Lantern, The Flash, Aquaman, and Cyborg. 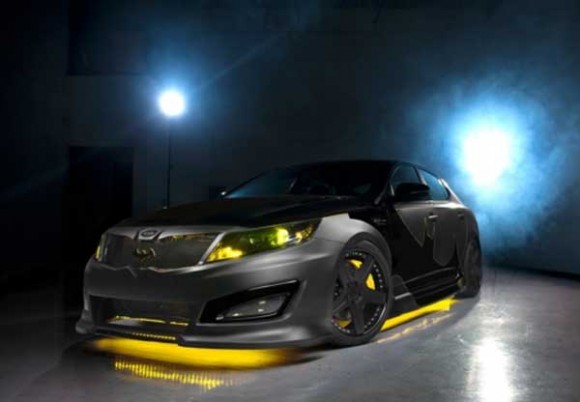 The first of those customized Kia cars for the Justice League has turned up, and it’s a Batman-themed Kia Optima SX Limited. The car is finished in matte black with piano black Batman logos and other touches. The car has a lowered suspension using a coilover system and sports a “muscular” ground effects kit. 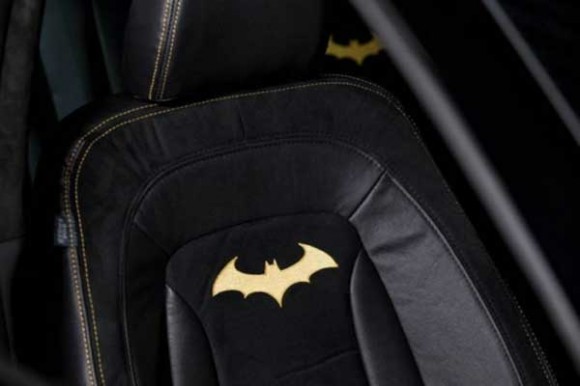 The customized Kia was also fitted with Ksport performance brakes offering larger rotors and calipers along with improved stopping power and custom-designed 20-inch wheels. The car is also fitted with a performance exhaust system, and a custom front grill shaped like a batwing. The custom grill reportedly took over 40 hours to create.

The vehicle has yellow LED lighting accents all around and the HID headlights have an integrated bat signal. Inside the car, the seats are fitted with custom black leather and suede with yellow stitching. The car also features a Bat Suit and cowl in the trunk along with utility throwing stars in the center console. This vehicle will eventually be auctioned off with the proceeds going to a charity called We Can Be Heroes.