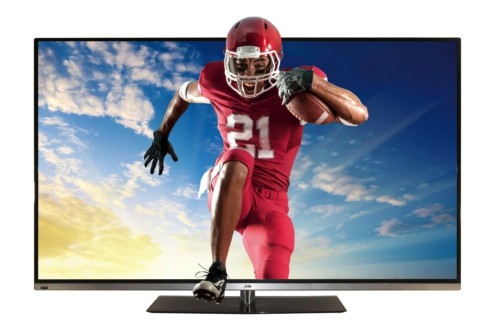 Every TV maker trying to avoid total commoditization has a special trick to keep its designs unique and worth a higher price. For JVC, that trick is sound. It’s launching the BlackSapphire line of LCD-based 3D TVs with the 55-inch, edge LED-lit JLE55SP4400, whose signature is an unusually powerful built-in audio system: the 45W system and 3D processing supposedly produces surround sound without having to line the living room with extra speakers. Odds are that the set won’t provide much competition for dedicated speakers, although JVC is promising more integration beyond this with rare built-in SlingPlayer TV streaming, just in case there’s a Slingbox in another part of the home. The all-in strategy could make the inaugural BlackSapphire more of a bargain than it looks: that $1,300 you’ll pay when the screen ships this month might be all you need to start watching.