iTwin has been around for a while now, and it provides users with a simple file-sharing solution through a pair of USB flash drive. Today, the company introduced support for Dropbox by announcing iTwin SecureBox. This will provide hardware encryption for Dropbox users so that their data stays safe in the cloud. 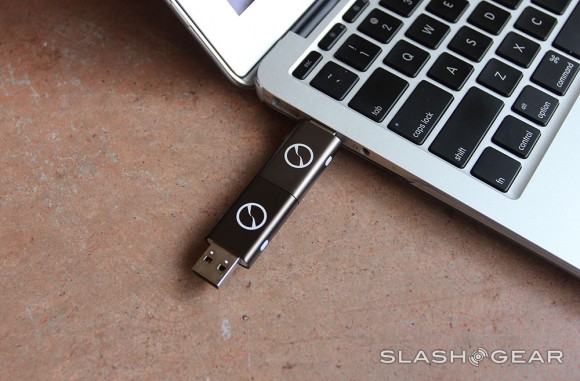 The best part about this new feature is that it’s all software-based, so there’s no need to go out and buy an additional set of iTwin USB dongles if you already have some — they’ll work with the SecureBox update. All you do is plug the dongle in and link it to your Dropbox account. You’re all set from there on out.

Once everything is in place, the SecureBox software generates a unique key that’s stored on both halves of the iTwin dongle. A window will pop up into which you can dump sensitive files, and they will become encrypted automatically with the option to add a password for added security. Once that’s done, the files will be put safely in your Dropbox volume.

After the initial setup process, the two halves of the USB dongle can be separated and act independently. So, you’ll be able to send encrypted files to your Dropbox account from two different locations if need be. Obviously, this in itself poses as a security risk, since either of the dongles could become lost, so just practice extreme caution and always remember where your iTwin dongles are at all times. For more info on iTwin itself, read our full review.