For those of you working with NFC-laden smartphones with nothing to do with them other than turning your wi-fi on or off, it’s time to get happy: the mobile payment system known as Isis has all but confirmed that they’ll be up and running on October 22nd. This system has been spoken about for many moons, coming across many months ago with a “debut” at SXSW and a mention of Austin and Salt Lake City as launch locations. Now according to an email sent to the press, the marketing lead for the company has confirmed that they’ll be good to go by the 22nd of October. 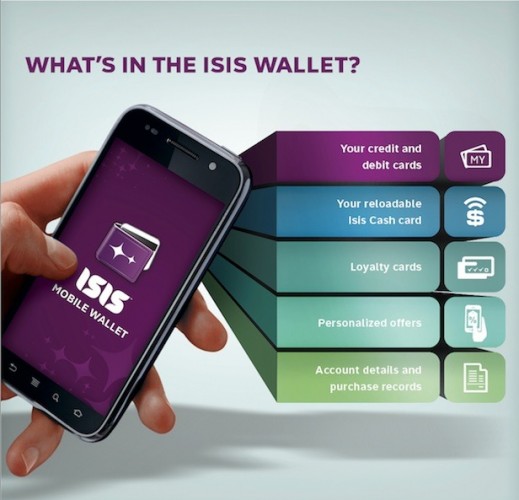 With a mobile payment system you’ve got one whole heck of a lot of bugs to worry about – it’s no small matter making a whole payment system a reality. What we’ve got here is a set of phones already on the market with NFC sensors ready to go, their only need being an app to make them all worthwhile. With Isis’ concept of a fully functional multi-business plan for wireless payments with just a tap, we could very quickly see a mass of phones become a whole lot more useful – and wallets tossed.

“Isis will be launching in Austin and Salt Lake City on Oct. 22. By year end, as many as 20 Isis Ready handsets are expected to be in market. We look forward to sharing more details on Oct. 22.” – Isis marketing lead Jaymee Johnson

Of course that’s just wishful thinking, the final evolution to a one-device system being many years off, if a possibility at all. Apple has a system for cards that work like coupons from your smartphone, and Google already has Google Wallet working with NFC as well – but no system has taken hold at a level that’s game-changing right this minute. Isis plans to be that system.

The Isis group’s marketing lead Jaymee Johnson has let it be known that business should be starting in Salt Lake City and Austin with “as many as” 20 smartphones compatible by the end of the year. With NFC on the rise and more smartphones with the technology being released by the week, Isis is set for a rather large success story if all goes as planned. The final combination that an Isis-capable phone will need is the finalized Isis app, a SIM card compatible with the system, and a store that’ll allow Isis payments. We shall see soon enough!